Wish Like({{iLikeThisTotal}})
It sure is hot these days, right? It sure would be nice to have a place to go to in Busan, where you can enjoy the charms of the city without the heat, right? Well, your wish is granted: Let us take you to Bongnaesan Mountain in Yeongdo, the (metaphorically) hottest place in Busan right now. If you start at dusk, you can reach the summit after an hour's walk. Nighttime trekking in Bongnaesan Mountain is a great way to enjoy the sunset and the view of Busan at night. Come with us, and feel the breeze.

1. From Mokjangwon to the summit

Located in the center of Yeongdo, Bongnaesan Mountain is a small mountain about 395m above sea level in height. But its summit offers a panoramic view of Busan in four directions, making it a popular tourist destination for everyone.

One has a choice of different routes to the summit. We chose the Mokjangwon Course, which dips into both the Bongnaesan Mountain Dulle-gil Trail and the mountain. A forest trail connects the parking lot in Mokjangwon with the Bongnaesan Mountain Dulle-gil Trail. The road is quite wide here, enough for a car to move through, leading to the cypress forest in the mountain.﻿
Just a few minutes more, and one finds a small forest trail with clay-colored flooring to the right. Entering that trail brings one to a mineral spring, then the trail to the summit. From here, the trail is about 1km long in total. It can be completed in an hour, even with a leisurely pace. But make sure to take breaks and drink water in between, since some of the sections are made up of stone stairs that are rather steep. The forest at this hour is rather cool.

Following the trail brings one to a flat space occupied by a pavilion. This is the Bongnaesan Yukgeori (central fork,) which divides into six separate trails. Following the road with wooden decks to the summit for about five minutes brings one to the first observatory.﻿

Push through the final hill to find an expansive wooden deck. This is the first of the two observatories set up at the summit of the Bongnaesan Mountain, and only by standing here can one find the scenery hidden behind the foliage: Songdo right below to Gamcheon, Dadaepo, and even Geojedo Island in the distance.

The sun illuminates the western skies in the color of gold before descending beyond the mountains. People begin to pull out their cameras to catch the sunset. The breeze cools one's brows and clears any sense of fatigue. Even the heat wave cannot compete with this freshness.﻿

Bongnaesan Mountain's summit is located only a minute's walk from the first observatory, at 395m above sea level. Samsin Halmae Rock, which is said to take care of the people of Yeongdo, is located near the signboard for the summit. The rock is treated with respect from the people of Yeongdo, who refrain from climbing or touching the rock. Instead, the people offer bows and prayers for the safety and well-being of the region.
The second observatory can be found right in front of the signboard. Here, one can get a truly panoramic view of the scenery in Busan. As the sun descends beyond the Cheonmasan Mountain, the world is awash in orange. On the opposite side, one can see the Busanhangdaegyo Bridge and Sinseondae Pier. Further away, one can see the Oryukdo Islets and Haeundae.
About 30 minutes later, the lights begin to appear as the highlight of nighttime trekking in Bongnaesan Mountain. Busanhangdaegyo Bridge, lit up in many colors, join Gwangandaegyo Bridge and Haeundae LCT in dominating the view. The light of the pier and the loading docks feels otherworldly.

On the opposite side, the view of the Namhangdaegyo Bridge, which connects Yeongdo with Songdo, shines with Songdo Beach, Jagalchi Market, and the Yongdusan Park. The view of Hong Kong at night is said to be enchanting, but how's this for a view?﻿

4. Descent along the decked road

One finds that the area has become considerably dark after enjoying the view. Rather than re-tracing one's steps, it is safer and quicker to follow the decked roads, which are illuminated with small lights. Since the road is almost flat, even the unexperienced can descend the mountain safely. The view of Busan at night, extending next to the decked road, is of course the joy that one can only have in Bongnaesan Mountain.

Following the decked road from the observatory brings one to the relay station building, and from here a packaged road brings one to the foot of the mountain. The road is lit well, so there's no need for concern. Walk about 10 minutes down to find the Jonaegi Sweet Potato History Park and the end of the trail.

Even though the trek starts after sunset, make sure to bring enough water for hydration. Don't overexert, take your time, and we recommend going there in groups or in pairs, rather than alone. Another good idea is to bring a flashlight for darkness.﻿ 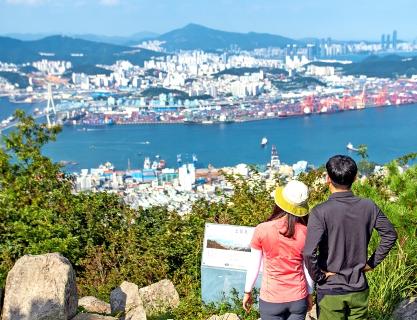 The view at Bongnaesan Mountain is spectacular! 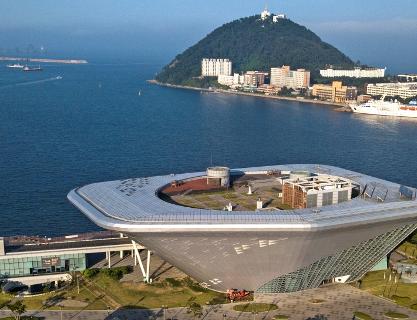 A 2-night, 3-day trip to Busan’s islands with the spring breeze

At a hotel for work and off to the sea after work! Work-ation in Busan 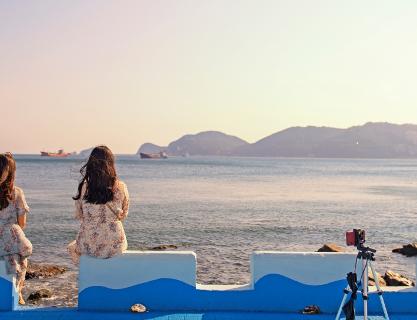 Visit every corner of Busan along the Kang Daniel Tour 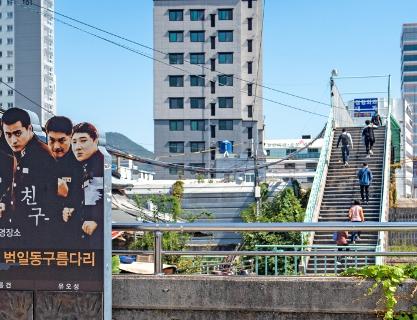 The pleasure of visiting the Busan seen in movies 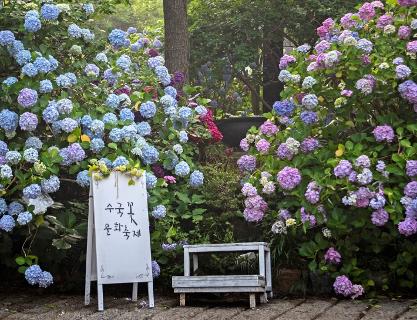 The beautiful and brilliant hydrangea at Taejongdae Park 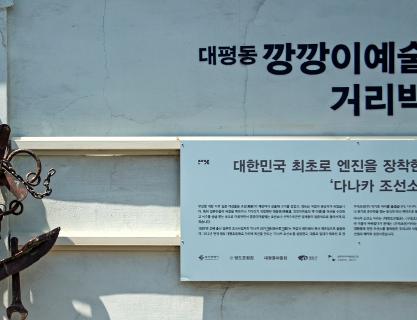